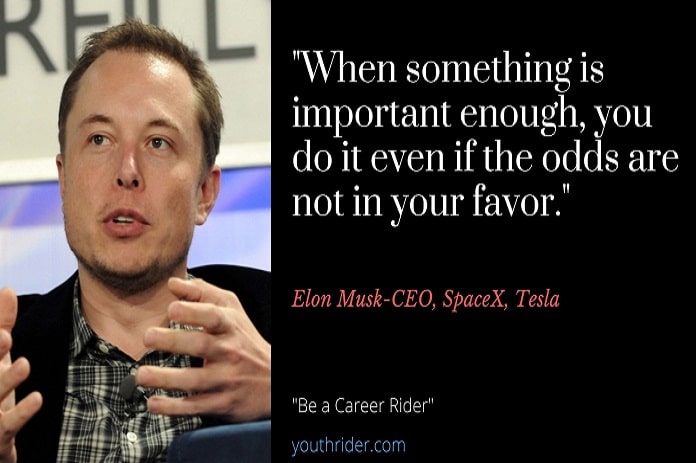 Have you ever thought a man who bullied in school, a divorced parent would become the world’s, second-richest man? Probably not. He is a man of the future born in South Africa. You’re right, I’m talking about Elon Musk, an investor, an entrepreneur, a forward-thinking leader.

He’s the chief executive officer of SpaceX, Tesla Motors. Elon Musk is regarded as a person who masters new technologies more quickly than before.

Top article for you:

The technology industry giant was born on June 28, 1971. At a young age, he was able to get a personal computer at the age of 9. At the age of 12, he developed a computer game called blaster which was sold for $500.

However, Elon Musk is not an average person, but a passionate and innovative person. You know that Zip2, PayPal, Tesla, SpaceX are the creations of Elon Musk.

He earned degrees in both Physics and Economics just a few of the forward-thinking companies he’s been behind. He learned himself how to code in three days though he received degrees in physics and economics.

In addition to being a billionaire on several occasions, he is on the verge of delivering the Tesla Model 3, an affordable electric car for the crowds.

That may sound a little exaggerated on the part of anyone else. It may sound impossible to others. But Elon Musk has proved this wrong already.

What makes Elon Musk the second richest person in the world.

In 8 years of history, Bill Gates has not lost his position as the second wealthiest person in the world. After many hurdles, Elon Musk crossed the ticket gates and finally obtained the 2nd position on the list of the richest people. That young entrepreneur raised its net worth from $7.2 billion to $127.9 billion.

That enigmatic billionaire made it possible thanks to the growth of Tesla’s shares. It is driven by his growth of more than 500% than SpaceX.

Must Read: Richest Man in the World in 2021: The Iron Man’s Story

So, if you are entrepreneurs or planning to desire a high career from student life, make your desire to challenge the status quo. Here are some bits of career advice from Elon Musk for students and the upcoming entrepreneurs out there.

Business or companies exist for long only when people find them useful said Elon Musk. Thus, each company has to do something meaningful and create value for people.

Elon Musk no doubt is a visionary leader. Not only is he following his big dreams, but he also inspires others to work together to achieve them. He assured to transport people to Mars by the year 2021-2030.

I’m not joking with you. Perhaps you think it’s impossible. But his vision, handworks, consistency had brought so many successes. These happen only to have a clear vision in mind. What did we learn from Elon Musk’s compelling vision?

If you want a better future than before, efforts should be important. So the results are inescapable.

#Learn how to accept criticisms

Elon Musk once explained his approach to product development and said when my friends buy a product.

For successful leaders such as Musk, constructive criticism is in high demand. Anti-view, negative thoughts even talking about your weaknesses might make you conscious. This bring a positive change which build your confidence to reach your goal.

Elon Musk put a high emphasis on “You should take the approach that you are  wrong but your goal is to be less wrong,”

Since Elon Musk is always busy, he understands the delegation. Because it prefers to eliminate authority and accountability among its teams. In his opinion, the centralization of power and authority does not create democratic leadership.

It is human nature to get deranged once they fail earlier in any projects. Elon Musk has placed a lot of emphasis on students or entrepreneurs not to go numb in the beginning. Instead, seek support or consultation with experts or even friends.

Accepting criticisms from, people can be valuable. You should not abandon the thought that you have in mind. Continued efforts will turn your dream into reality. Don’t change your purpose and don’t let them get out of hand.

Elon Musk frequently gives this advice to the young spirit to work smarter and stronger. As a start-up, your attitudes should be positive and address all equally important tasks. He suggested working hard to the extent possible to realize the vision. Work day to night on tasks.

The fact is if you want to achieve a particular goal in your career, this work ethic gave Elon Musk super success. So add a few extra hours to overcome your weaknesses and work like hell.

Once you accept failure and consider that it is not the enemy, Luck is elevated to pass over and return to your nearest dream. Sometimes a threshold of pain may give rise to something meaningful. Now, learn from failure because that’s just an option.

Elon Musk being a successful engineer, entrepreneur, a tech-savvy figure in the industry did not give up his dream. Despite having criticisms, lots of failures, he moved forward and established companies one after another. Musk’s success teaches us to work hard smarter and harder with persistence and a goal-driven approach.

Md. Tota Miahhttps://totamiah.com
The author is currently working as an Assistant Professor in the Department of Business Administration at Varendra University, Rajshahi. Besides, he is a researcher, blogger and has extensive knowledge of fitness, higher studies as well as personal development. Mr. Tota wants the youth to make themselves worth it for the country.

More From The Author!

Top 5 Skills Employers are Looking for 2021

We are a participant of the Amazon Services LLC Associates Program, an affiliate advertising program designed to provide means for sites to earn advertising fees by advertising and linking to Amazon.com and affiliate sites.